All entries in News & Reflections from ILCT

A Dashboard for Managing Complexity: Part 3 of 5

Staying on Track with Complexity

Staying on track when organizations become more and more complex is much easier with a guide or checklist. How do you make a checklist for managing complexity? Michael Useem, a professor at The Wharton School of the University of

A Dashboard for Managing Complexity: Part 2 of 5

Sometimes when I'm working with my clients, I hear stories about problems at work that are limited by their own selective perspectives. They can't see what they don't see, what others can see. It's called inattentional blindness. I call it

A Dashboard for Managing Complexity: Part 1 of 5

The Progress Paradox: Priming the Positivity Pump (Part 3 of 3)

A positive frame of mind is needed for success at just about anything. In fact, research from positive psychologyshows that the tipping point for flourishing is to have a positive to negative ration of 3 to 1.

Let's say you've got a task you need to accomplish, like

The Progress Paradox: Three Things We Need for Feeling Successful (Part 2 of 3)

In the work I do as a coach, I speak with many amazing clients who have achieved a lot in their work and in their lives. And yet, some are dissatisfied and don't feel successful. By other people's standards, they could feel really good about themselves, yet they

Maybe you've noticed this too: As a society, we’re achieving more yet feeling worse. Even when well paid, we’re dissatisfied. Most of us accomplish plenty but lack feelings of well-being.

While every metric of society is improving worldwide, our happiness levels are

Which Credential to Choose?

There is such a mind numbing number of ways to gain certification in coaching that it may feel like your compass is spinning. Very many are not recognized by the International Coaching Federation (ICF) and do not fully adhere to core competencies and framework

Going into the first session, I had anxiety about putting myself out there as a coach before other highly skilled coaches. The syllabus stated that we would work collectively with a client for the duration of the class by taking it in turns to coach and receive

The Power of Coaching

Nine months ago, Pat Williams and I received emails from an inmate in a federal prison who was reading Becoming A Professional Life Coach and wanted to bring coaching to the prisons. Since ILCT's mission is to not only provide the best coach training to 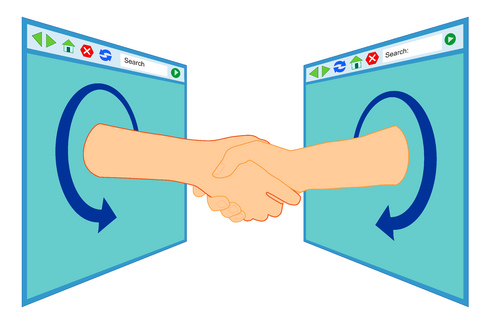 If you have wondered what all the hype is about online coaching (sometimes referred to as e-coaching) then you are in the right place reading the right stuff!