Blog > Reflections on the Future

Reflections on the Future

Change often provides a chance to look back as we celebrate the future possibilities, so I write this blog with mixed emotions. 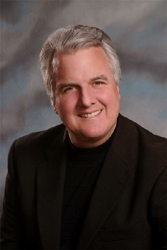 For the past 9 years, I have had the pleasure of learning from, and working with, one of the early leaders in the coaching profession, Dr. Patrick Williams, MCC, BCC; together navigating the journey of ILCT. Pat founded ILCT back in 1998 with the vision of providing a way for therapists, counselors, and other helping professionals, to easily transition their skills into coaching. From that early effort, Pat developed one of the world’s leading coach training programs, which has trained thousands of students throughout the world, always under his loving guidance.

Aside from all he has done for and with ILCT, Pat has:

It’s no wonder that Pat has often been called the Ambassador of Coaching!

Beginning next month, he has the opportunity to expand his efforts to advance the profession of coaching worldwide.  The Center for Credentialing & Education (CCE) recently announced that Pat has been appointed to serve as the Liaison between CCE and the rapidly growing population of professionals pursuing the Board Certified Coach credential (BCC).  While this means that Pat will be resigning from his position as the Director of Training for ILCT in order to avoid any appearance of conflict of interest, we celebrate this fabulous opportunity available to him and are thrilled that he will continue to offer his popular classes through ILCT.

Carrying on his legacy,