The idea of personal control has been central in psychology for many decades. It is a key element of Julian B. Rotter’s Social Learning Theory of Personality as well as Martin E. P. Seligman’s Theory of Learned Helplessness. According to both these theories, the perception of control and its stability over time has far reaching impact on choices and behavior.

In a related line of investigation, Martin Seligman showed that when animals have no way to moderate or escape punishment they become resigned and give up attempts to gain control. This pattern of behavior has been termed learned helplessness and has parallels to an external locus of control.

In total opposition to the idea of unremitting suffering that is associated with learned helplessness, coaching is directed at gaining greater control over our progress. Conversations target refining client goals to better represent what is wanted, as well as tackling the obstacles encountered as action is taken. The fundamental ground rule of coaching, that the client is in charge and has the resources to achieve what they wish, ultimately supports the client in developing a stronger internal locus of control. Over time, action taken from this perspective allows the client to put in the effort and develop the skills that will get them where they want to go. This builds confidence and competence, even in areas that may have been identified as weaknesses, or too hard. That is, areas which were defined by characteristics of external locus of control.

If clients hint at resignation, it may be an indication of learned helplessness. It may suggest a sensitive area where they have attempted to make changes and not been successful. Some of the most powerful coaching questions and mirroring statements are directed at challenging limiting mindsets that imply that something is out of reach. Indeed, if a client is not open to shifting and engaging with the possibilities that lead to internal locus of control, then, they are likely not coachable or ready for coaching at this point.

Every time the client hands power over to circumstances rather than taking their own responsibility they are identifying with an external locus of control. When this occurs, the coach can share or prompt to raise client awareness. Sharing information about these theories may even provide the client with context for their experience as well as a route to success. Internal locus of control is also a useful criterion for question selection. For example “What would it take for the client to have faith in their overall ability to move forward?” Or, “How can the client shift their response to an ongoing situation that does not serve them?”

To sum up, some contemplation of the Social Learning Theory of Personality and the Theory of Learned Helplessness can provide a useful contribution to our coaching. The coaching framework supports increased personal control and by actively engaging with the idea of internal locus of control I believe you can accelerate the process. 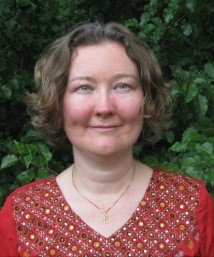 Elizabeth Saigal is an ILCT Certified Life Coach. She supports individuals in connecting with their inner truth and aligning with their intuition to live a life on purpose. Discover more about who you are through engaging in Elizabeth Saigal’s complimentary self coaching exercises or opt to receive her Guide to Coaching at www.myspirecoaching.com